The principals of Tawaii are business executives and organizational development specialists who believe that clients can see a dramatic impact on the bottom line by harnessing the power of the SoulScope™ in their operations. Formed in 2001, Tawaii brought together a group of executives with over 20 year track records in financial management, operations and people development to use the SoulScope™ to improve team and departmental productivity, in management coaching, process analysis and conflict resolution. We have helped clients in manufacturing, financial, and high technology industries, in health care and education and in non-profit settings.

About SoulScope™ and Dr. Virgil Wood 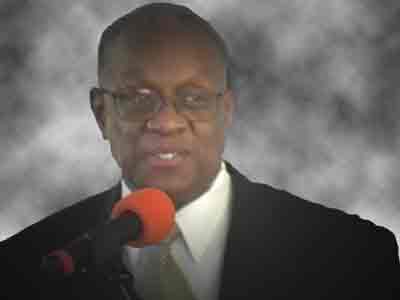 Dr. Virgil A. Wood, church leader, educator, and civil rights activist, has committed much of his life’s work to the struggle for economic and spiritual development among the nation’s disadvantaged.

Educated at Virginia Union University and Andover Newton Theological School, he holds a doctorate from the Harvard University Graduate School of Education.

Ordained as a Baptist minister in his late teens, Wood has served churches in Rhode Island, Massachusetts, and Virginia. During his pastorate in Lynchburg, Virginia, he became actively involved in the civil rights movement, and served with Martin Luther King, Jr., as member of the National Executive Board of the Southern Christian Leadership Conference, and coordinated the state of Virginia for the historic march to Washington, on April 28, 1963.

Wood has combined his dual career in church leadership and education with a lifelong commitment to community development, as economic and spiritual transformation. Dr. Wood is currently the pastor of the Pond Street Baptist Church, which he has served since 1983 (and also from 1955 to 1958). He previously served in higher education as administrator and teacher.

He is joyfully married to the former Lillian Walker, with whom he shared the joys of parenting their now-grown children; they are also proud grandparents. Dr. and Mrs. Wood live in Houston, Texas.